32-year-old Nathan Filer from Bristol, wins the £30,000 prize for The Shock of the Fall, beating 616 other entries, including bookies’ favourite, Kate Atkinson. 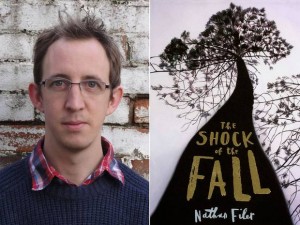 Inspired by the author’s work in the mental health industry, this debut novel tells the story of a brother’s battle against mental illness after losing his sibling in a childhood accident.

Filer worked on the book for ten years before it became the subject of an eleven-way publishers’ bidding war, finally going to Harper Collins for a six figure sum.

The last time a debut novel won the Costa was when Stef Penney’s The Tenderness of Wolves took the prize back in 2006.

Now in its 42nd year, the Costa Prize is known for rewarding novels which are enjoyable to read, rather than focusing on their deeper literary merits. This year’s judging panel of nine included author Rose Tremaine and singer Sharleen Spiteri.