Here at eBookSoda we like to think we know all about the power of discounting books. About how readers, tempted by a deal on our site, can become lifelong fans of newly discovered authors. Author Bryan Cohen is expanding on this idea, and experimenting with enhanced ways to win new readers. Bryan’s here today to tell us about his latest venture:

“If you discount a single book in the middle of Amazon, does it make a sale? Some books do quite well on their own in the middle of the book-selling wilderness. Others don’t. There are so many factors that dictate whether or not a book will make a 99-cent or free sale worthwhile. I’m not the kind of person who likes taking chances.

In February, I ran an event on non-fiction books for writers called March to a Bestseller. Instead of discounting my book and hoping for the best, I joined together with 15 other authors in my genre and we worked together to bring all of our fans under one Facebook roof. Each of the authors took shifts during the event to respond to questions and interact with fans. The comments came fast and furious and it was nearly impossible to keep up. By the end of the day, more than 600 people officially attended the event, and most of the authors sold hundreds of copies of their books. One attendee said it was the most enjoyable Friday he’d had in quite some time. I felt the same.

When we bumped our prices back up from 99 cents, increased sales continued as we’d all entered each others “also bought” lists. The authors thanked me and encouraged me to organize another event in the future. I had another idea in mind. I wanted to organize four of them.

In honor of my upcoming first novel, Ted Saves the World, I put together four author events on Facebook centered around genres that related to my book. By running these events, I figured I’d meet authors who were the best in the business in fantasy, paranormal and horror, while interacting with the fans who make the genres thrive.

The first event, Cruel Book Summer: A One-Day Sale on YA Paranormal, Horror and Fantasy Books, starts this Friday June 13th on Facebook. There will be 16 authors on hand ready to chat with readers, give away prizes and sell their books at 99 cents a piece. Join the event by clicking here. 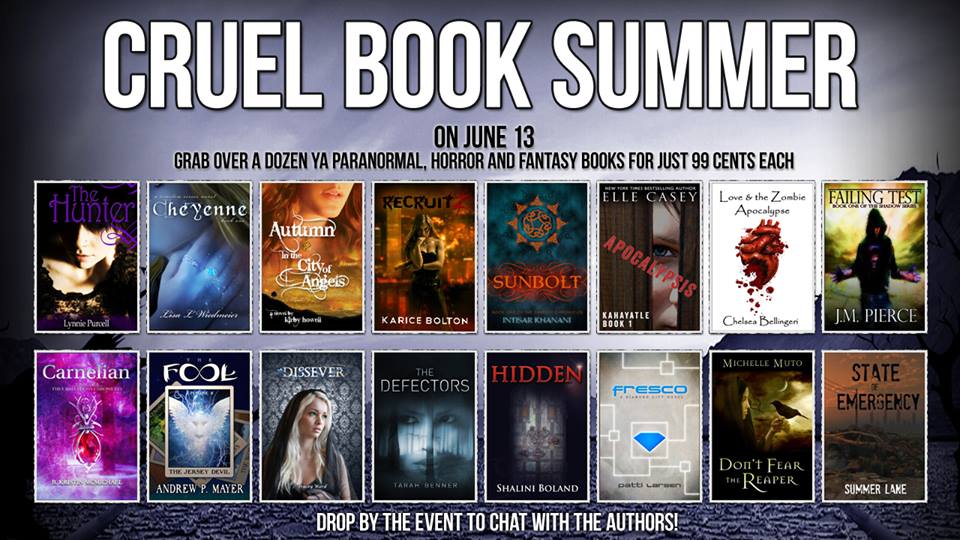 It’s valiant to go it alone on Amazon, but there may be a better way. Figure out how to connect with authors in your genre to cross-pollinate your readers and meet amazing people who will help you to feel a sense of community.”

Bryan Cohen is a non-fiction and YA paranormal author. Learn more about his upcoming work on his website: BryanCohen.com