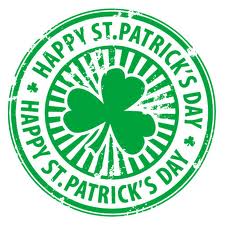 Being St Patrick’s Day, we have a treat for you – an interview with wonderful Irish author, Eddie Stack. Eddie hails from Ennistymon, County Clare, where many of his stories are set, although he now divides his time between Ireland and California.

“If I wasn’t teaching at UC Berkeley, I’d be back in the west of Ireland,” he says. “That said, I do really like California, especially around San Francisco. It’s a good place to winter in.”

Borderlines is a collection of three stories by Eddie Stack. Hilarious and heart wrenching, beautifully written in cinematic prose, these stories show the true Ireland and the real Irish people: funny, zany, complicated, love-crazy and always entertaining! Eddie’s a master of the short story and these long reads are gems. 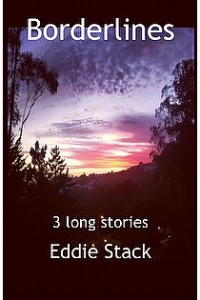 Carnival Cop describes the fall-out after a lady constable gets obsessed with a raggle-taggle roadshow. Stack gives us unique characters and a touch of Fellini in a small Irish town.

Bonzo is a local mystery man who everyone likes, but few know anything about. This excellent story is set during Ireland’s Celtic Tiger era and captures the greed and the recklessness with stark images. It’s a story about good and evil and has a terrific and unexpected ending.

One for the Rover is the longest story and is set in the alternative and artistic community in the Clare hills. Eddie Stack makes this scene very real, with singer/songwriters, crystal-toting hippies, gurus, music managers and love stories. This shows off Stack’s talent for capturing delicate relationship scenes with realism and sensitivity

Are you working on any writing projects?

I’ve a few short stories marinating and I’m finishing a non-fiction book about the traditional arts of Doolin, where I spent much of my youth.

Do you prefer fiction or non-fiction?

I find all writing hard. Fiction comes a bit easier to me maybe. And the process of fiction fascinates me — the twists and turns a story can take and what the subconscious can throw up. With non-fiction, I’ve to decoupling the mind in a different way and deal with facts.

How did you become a writer?

There was no conscious decision to be a writer, I just rambled down this path. I grew I just rambled down this path. I grew up in a small pub, not far from here. A few old storytellers used drink in our pub and they used tell me tales in Irish. Séalta Grinn they were called, funny stories. I could tell stories long before I could write them! The first bit of writing I did was in Irish — I wrote a short poem when I was 10 or 11. Then I remember putting words to a tune and turning it into a song when I was in my early teens.  A friend of my parents, Caitlin McNamara was married to Dylan Thomas, so I heard a lot of talk about him when I was growing up. I was in awe of him.

My first job was in Dublin and the literary scene there was just post-Behan and Kavanagh. I knew John Jordan and Liam O’Flaherty and they encouraged me to write more. I flirted with poetry for a good while before trying my hand at short stories. It took me years to figure out how to craft a good story. And more years passed before I got one published. That was a story called ‘For the Record’, and it was published in a literary review that also included Seamus Heaney, John McGaharn, Kathleen Raine and others. After that, a few doors began to open for me. A while later, my first collection of stories, The West, was published and things began to happen for me.

What is your writing process?

Stories begin for me with a germ of an idea or a feeling. Generally I’ll make some notes with pen and paper and transfer them to computer later. Some stories come easy and I’ll have them down in a couple of drafts. Others are with me for years and go through a good many drafts and rewrites. I rarely give up on a story. They haunt me until they see the light of day. I try and write a few hours in the morning and rewrite and edit in the evening.

Which authors most inspire you?

What prompted you to write Borderlines?

I had these three long stories written and they weren’t long enough to be novellas so I called them ‘borderlines’…then I figured that some of the characters were sort of ‘borderline’ and that the stories had a commonality. So I bunched them together as a book.

Where did you get Mariah?

Mariah is an archetype, a dharma butterfly. I’ve met her a few times in my life and in the oddest of places. Deep down she’s a sweet old soul, but a bit ditzy. She’s also a conjurer.

So are you Barry in the story?

Hope that’s got you in the St Paddy’s Day spirit! If you’d like to know more about Eddie and his writing, you can find him in the following places: