I guess most people think of authors as solitary creatures. That to write a book, you’d have to lock yourself away somewhere quiet and uninterrupted. Well not Genie Davis and Linda Marr. These two friends decided to write a novel together: 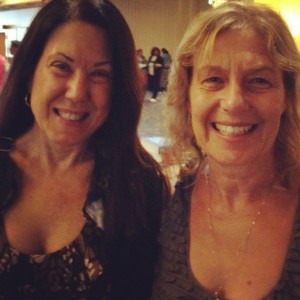 “Don’t tell me you were writing in that office all day long,” Linda’s husband remarked as we finished up work one Saturday and dumped our practically scraped-clean lunch dishes onto the counter that separates her family room and kitchen.

“I could hear you laughing in here,” he continued somewhat accusingly,  “You were laughing a lot.”

We do laugh a lot.

And ironically, that helps us work a lot. You see, first and foremost we’re best friends. Then we’re also two writers who have already been successful in our own careers for a number of years. But along the way, both of us felt that something was missing in all those hours we spent getting to do something as cool writing for a living. Something like – dare we say it? – fun.

It’s not like we don’t like writing by ourselves. Genie has already published a number of different books including several award winning romantic suspense novels and a mystery. Linda comes from the world of television where she’s worked on everything from comedy to reality to news. And we both know a thing or two about romance, or at least we like to think we do. Romance certainly factored into a lot of our conversations. So for two best friend writers who like to talk romance it was just a small – albeit relatively work intensive — step to actually writing about it.

A romantic suspense novel, to be exact.

The way we figured, with all the differences in the way men and women think, there’s bound to be a little suspense to any romance. We just wanted to push the envelope a little — to situations, and love interests, that might be way beyond what could happen to us in our every day lives. It was just a simple matter of finding the right story. That, and figuring out what we wanted to eat for lunch.

Two good girlfriends, food, and making up our own romantic rules where, in the end, everything comes out all right. Meaning, of course, the way we want it to. As women and writers, what could be better?

Many of our friends and a few total strangers have asked us why we wanted to write together, all lunches aside. After all, doesn’t writing conjure up images of sitting alone in a room, an intense internal struggle raging inside a writer’s head?

Well, we do struggle. We just do it loudly. Together. If Linda’s husband didn’t actually have to work, he’d hear us go at it quite a bit as we discuss story and characters. In fact, it can seem like we’re having a bad time when actually we love the exchange, talking about ideas, about what romance means to us, what sizzles, or what keeps us in suspense.

We also love that when one of us is a little off, the other one can step in. Basically, what we’re doing is telling each other stories. About our own past, about our hopes and dreams, about other people’s lives whose emotions reflect our own experiences. And we also get to dish on the juicy stuff, like favorite romantic getaways, how we like the men in our lives to treat us, what turns us on. Okay, that means we are essentially gossiping, but its all in the service of telling a good story.

And isn’t telling a good story and sharing feelings what friendship’s all about? Whether we were writing together or not, we’d be sharing together.

As Anais Nin famously said “Each friend represents a world in us, a world possibly not born until they arrive, and it is only by this meeting that a new world is born.” When we’re writing together, we do just that.

The way we see it, friends take the ride that is life together– including the hard work and the discouragements; they don’t just wait for the accolades to come streaming in. No matter what, friendship rekindles the enthusiasm and joy. That’s what writing together means to us. And that’s what we hope shines through to our readers.

All in all, the combination of writing with a good friend and just being with a friend is pretty much unbeatable. Then of course, there’s lunch. 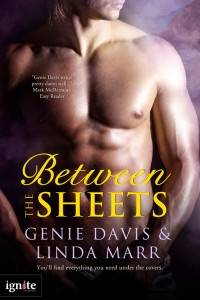 Romance writer Jenna Brooks lives an ordinary life in a quiet Oregon town, putting her sensual heart into her fiction rather than her everyday life. But suddenly, Jenna finds herself drawn into her own stories, literally. When the seductive, mysterious Riley Stone rescues her from an attempted hit and run, she’s plunged into a reckless, wild relationship unlike anything she’s ever experienced — except on paper.

Linda Marr is a producer/writer on America Now. She’s also co-writer of the comedy book Dear Neighbor. Her many television projects include the NBC comedy The Mommies, HGTV’s House Hunters and Design on a Dime, a Nickelodeon skateboarding special, and some of the most successful infomercials on the air.

To celebrate Valentine’s Day, Five on Friday is showcasing love stories. From historical and suspenseful, to contemporary and young adult, here are five stunning romances to get your heart aflutter . . .

1. SHE BELONGS TO ME by Carmen DeSousa: This international bestseller is a tightly woven tale of love, possession, and concealed histories.  Read more 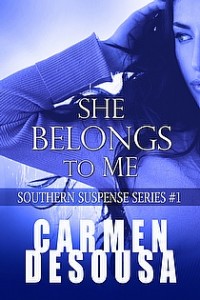 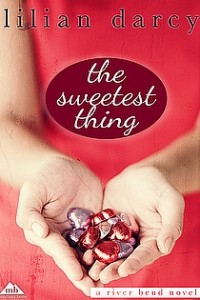 3. JACOB’S RETURN by Annette Blair : Uplifting and unforgettable, this USA Today bestseller is about love and faith in impossible circumstances.  Read more 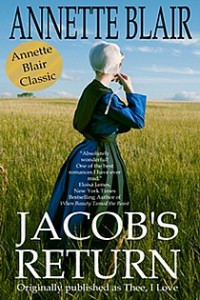 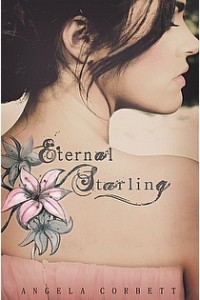 5. HOPELESS FOR YOU by Hayden Hill: One man afraid of commitment. One woman afraid to love again. One life-changing journey. Read more 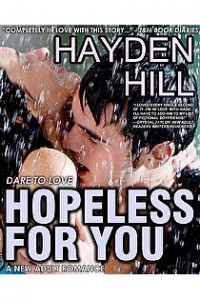 Hope you found a suitable novel to get you in the Valentine’s mood. Any suggestions for next week’s Five on Friday? We were thinking Epic Fantasies . . .